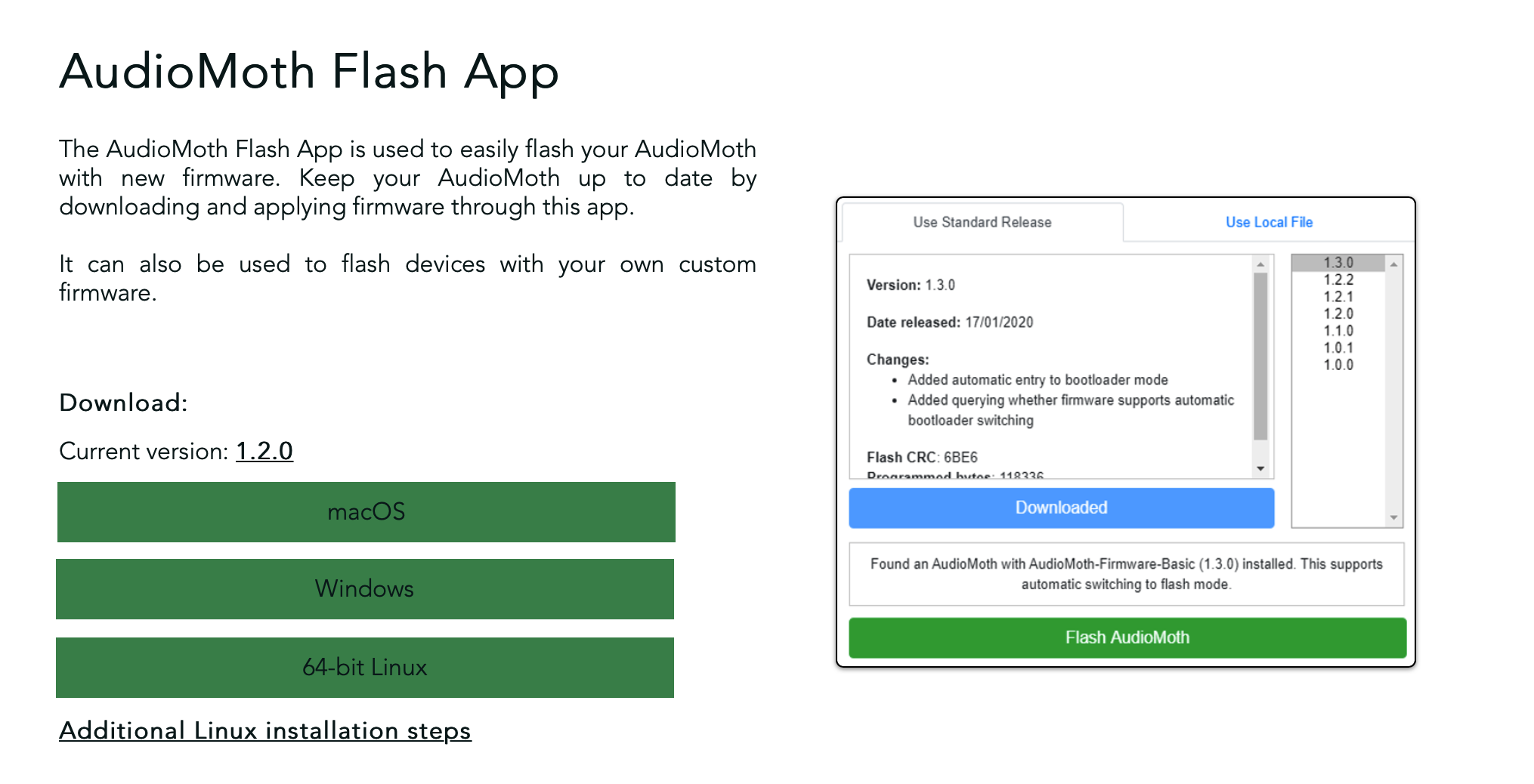 Once downloaded, the app will have the following icon: 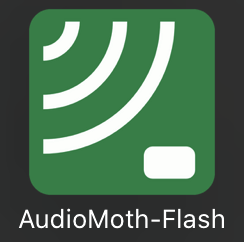 Open the app and plug the AudioMoth into your computer. Make sure the AudioMoth is switched to the USB/OFF position. The green LED on the AudioMoth should be on and solid, as opposed to blinking when in other modes. The app will look like this when it is opened: 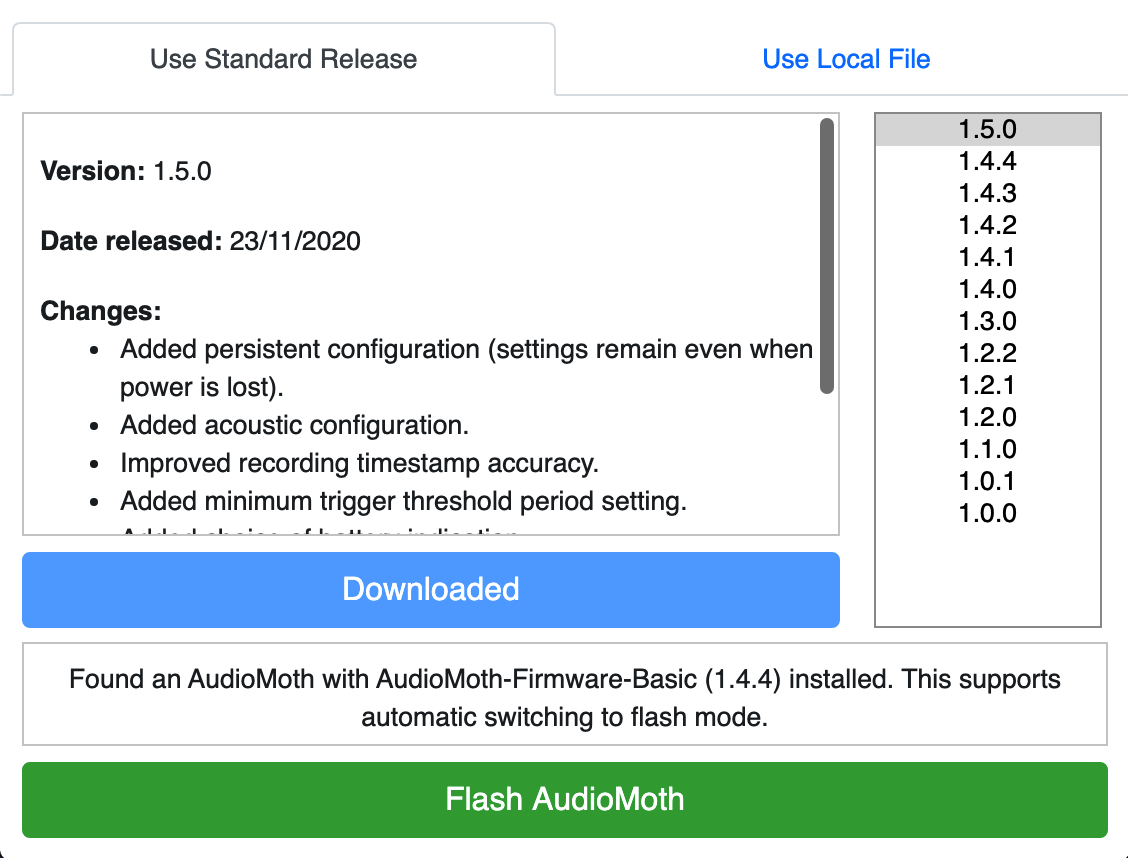 Select the most recent firmware version on the right side panel and press download. Once your computer has downloaded the most recent version, you are ready to press Flash AudioMoth. The LED on the AudioMoth will turn off while it is being updated, and then will turn back on when the update is complete. Once the update is completed, the app will show the new firmware version as pictured below: 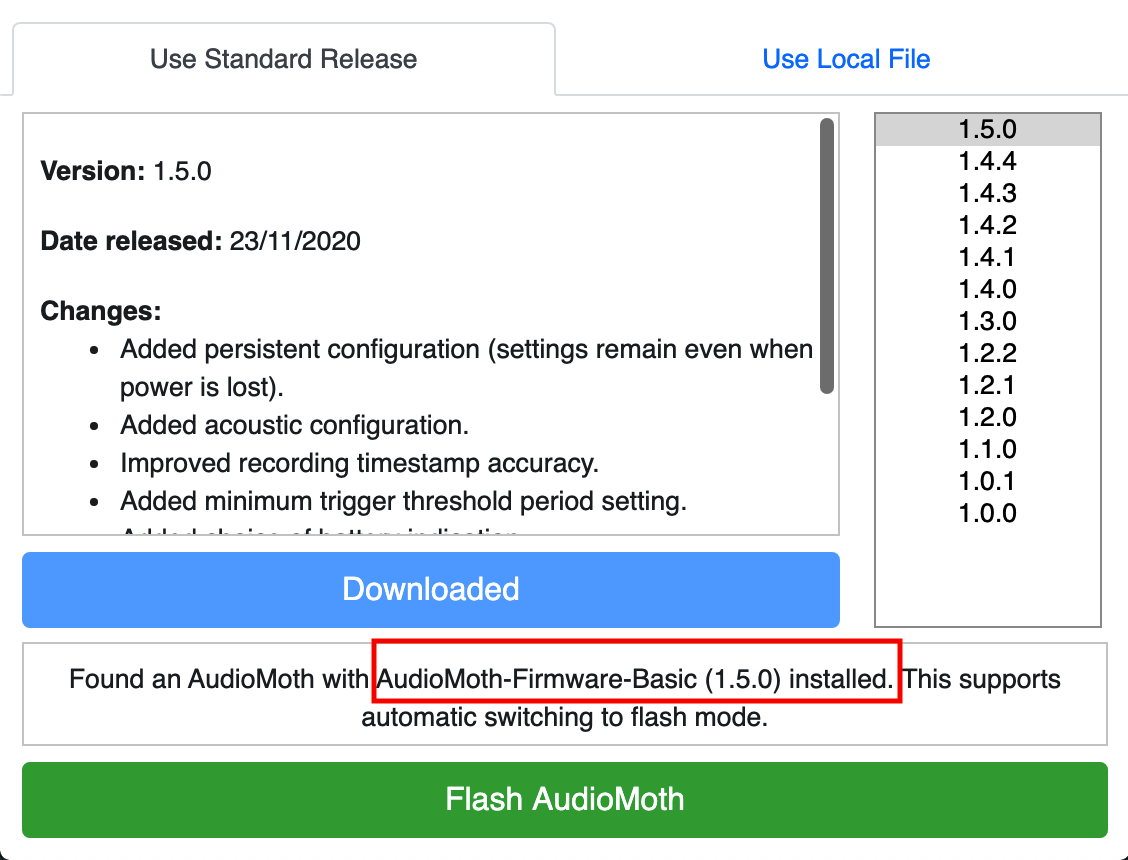 You are now ready to configure your AudioMoth!